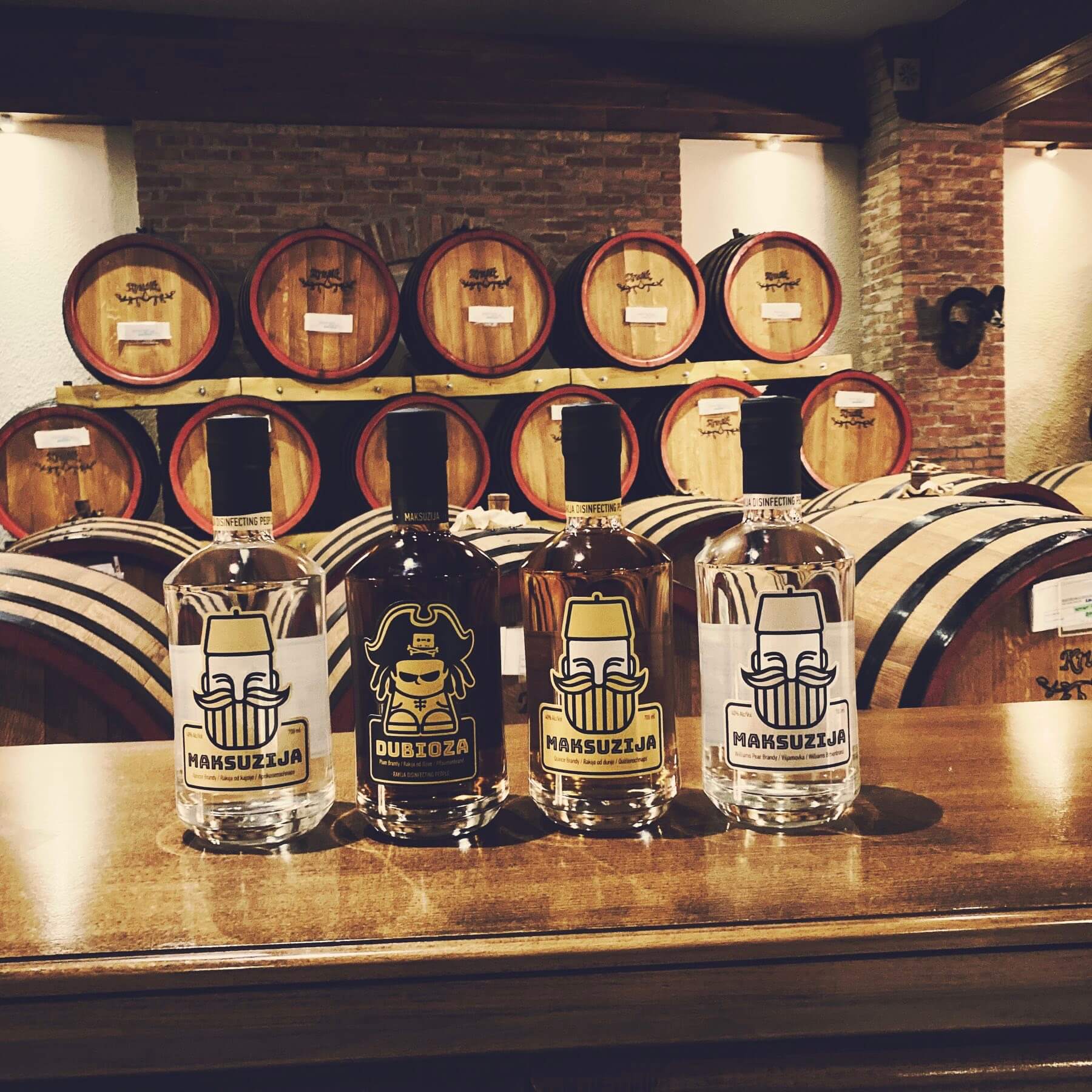 HOW THE BRANDY MAKSUZIJA WAS CREATED

My grandparents and mother are from Botajica, a village near the town of Modriča in the north of Bosnia. In fact, the whole half of my family is from Botajica. As a child, I loved spending time in the countryside. I would go there on the first day of vacation and return on the last week, the day before school. One summer, I decided to skip going to the beach with my parents, because it was nicer in the countryside.
I recently found out how Modriča got her name. When you look at that area from the air or from some height in the summer, you see that everything is blue from the plum trees, whose branches usually bend from their roots.

Last summer, my son Faruk and I took the children on a three-day holiday in Botajica. The children chased cats and chickens all day, and Faruk, out of boredom, suggested that the two of us go to a nearby distillery that makes excellent brandy.
Not far from Modriča in the village of donji Skugrić is the Monogram distillery. Faruk has known the people who run the distillery for a long time. And so a few brandies later, while we were lulled by the pleasant taste and smell of the intoxicating distillates that we tried one after the other, as if through a fog I remembered that I had once thought about the fact that it would be interesting to create a brandy for Dubiosa.

I told the Monogram team about one of the failed episodes of trying to make Dubiosa brandy. They said, “Well, we'll make you brandy.” And that's how Maksuzia was born spontaneously. Six months later, we have four Maksuzi brandies: Dunjevača, Kajsijovača, Viljamovka and Dubiosa plum brandy. We could have finished everything earlier, but we got a little carried away with the tasting. From the cradle to the grave is the most beautiful time of tasting.

When Faruk and I returned from Skugrić to Botajica, several of Grandma's brothers, whom we call "uncle" in the village, were already sitting in front of the house in the yard. Some of them work abroad, and some live in Botajica. That day, it was my grandmother's birthday, so I bought her a special plum wine with St. John's wort in Monogram. My grandmother usually treats all illnesses with brandy or St. John's wort or a combination of the two. I guess this was an ideal gift. The grandmother was happy, the uncles said how wonderful it was that the grandson remembered such a nice gift, and then they pushed the designed bottle filled with premium plum wine unopened under the table and said: "Okay, now give us some brandy" and continued to filled their glasses from the Fanta plastic bottles.

The main topic among uncles and neighbors has always been the argument about the quality and quantity of brandy that each household makes every year, with the sounds of Kalesian in the background. While the Babajić brothers play shargies and violins from the tape recorder, the whole family gathers and everyone diligently gathers the plums, one by one, and shakes them into large barrels.
After a few weeks, a real three-day festival of meze, laughter, the smell of fire and the coma that is shaken out of the cauldron begins. It was not for nothing that Bad sang "Give me hot brandy". The three-day alcoholic experience bordering on LSD trips is repeated year after year, and each household produces an average of three hundred liters for its own use. It turns out that he drinks almost a liter of brandy a day.Give me brandy, damn St. John's wort, we're not sick.

I respect moonshining, i.e., roasting brandy in a cauldron in the yard, but I wanted to present and offer the top Maksuzia brandy from the Monogram distillery, which comes from my area, to the whole world. I believe that Maksuzia brandy has a place among top whiskeys, rums, and tequilas. Now it just needs to hit the shelves.